Please email all completed task sheets to the LSF board 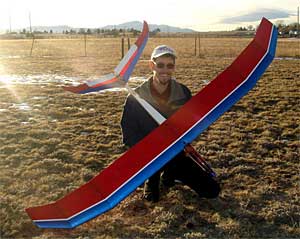 The LSF Soaring Accomplishments Program consists of sequential performance tests or "Levels", as they shall be referred to hereafter, for flying radio controlled (R/C) model sailplanes which meet current FAI specifications.

The performance tasks pursuant to Level I are presented in the Soaring Accomplishments Program, Requirements Summary, Section12. Upon completion and documentation of the Level I tasks, the Aspirant must submit the performance documentation voucher to the LSF Executive Board for membership enrollment. After acceptance of the voucher, the LSF Executive Board will award the Member his LSF number and remit a Level II performance documentation voucher. The Member may then display a red I centered immediately below a Soaring Accomplishments Program insignia, and his LSF number. 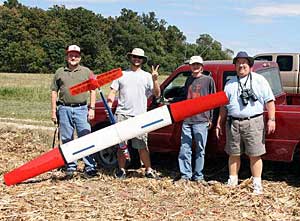 As in the previous Level, the vouchers are submitted, accepted, and a voucher for the next Level is returned. As earned, the Red II will be displayed to the immediate left of the Soaring Accomplishments Program insignia, the III to the right, and the IV centered immediately above the insignia.

Level V is formulated to recognize advanced knowledge, skill and determination in R/C model soaring. Skill in slope soaring is mandatory, as Level V is intended to delineate extensive experience in all facets of R/C model soaring. The earned silver V will be displayed immediately above the red IV.

Verification of each task of each Level requires the signature of qualified witnesses.

The approved witnesses for non-competitive requirements shall be: 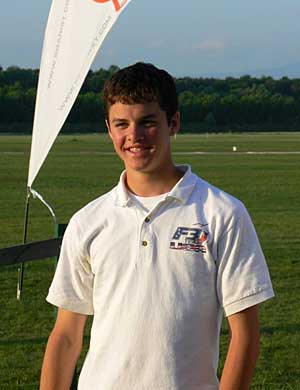 Level II: Same as for Level I.

Level III: Two witnesses, as in Level I.

Level V: Two witnesses, each holding Level II status or higher, who are not related to the pilot.
The approved witness for competitive requirements shall be either the contest Director or the Official Scorer.

The tasks required at all Levels must be performed with the following restrictions: (a) all work done at Level I must commence after the voucher is received: (b) requirements for the subsequent Levels may be achieved any time after the previous Level form has been postmarked, However, these said requirements will be nullified if the postmarked form sent is returned due to errors or incompleteness; a single performance may be used for only one Level.

SAP: A thermal duration flight commences at the time of release from the end of towline or at release of hand launch. The distance from the extreme end of towline, at the winch, hi-start hold-down, towman, vehicle, or towline return device to the attach point at the model shall be no more than 300 meters (984.3 feet). Tow men and vehicles shall be limited to a maximum of sixty (60) seconds from launch to towline release. Towing by means of aircraft or other airborne devices is expressly forbidden.

eSAP: All thermal duration tasks will be attempted with an electric sailplane equipped with an altitude limiting device set to a maximum launch height of 200 meters (656.2 feet) and a maximum motor run time of 30 seconds. The flight commences when the sailplane leaves the pilot or helpers hand or when the sailplane leaves the ground if a rise-off-ground takeoff is used. A motor restart voids the flight attempt. 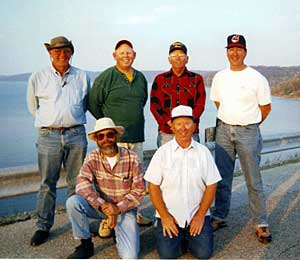 A flight shall be deemed a thermal duration flight if, in the opinion of the pilot and witnesses, the lift being used to remain aloft is primarily attributable to thermal activity. Termination must be with a landing within 200 meters (656.2 feet) of the launch point, which is the point at which the model first become airborne.

A slope duration flight commences with either a simple hand-launch or a launch from the end of a towline, as defined in Section 7. The flight shall be deemed a slope duration flight if, in the opinion of the pilot and witnesses, the lift being used to remain aloft is primarily attributable to wave-action or winds blowing upslope on a ridge, hill, cliff, wall, etc. Termination must be with a landing within 200 meters (656.2 feet) of the launch point.

A precision spot landing is accomplished by landing the sailplane so that the extreme forward tip of the nose or forward most point of the longitudinal centerline, at rest, is within the required distance from the center of a designed spot on the ground.

SAP: All precision spot landing flights must commence with a launch meeting the specifications for towline lengths and methods outlined in Section 7, except that the towline shall be not less than 75 meters (246.1 feet) in length.

eSAP: All precision spot landing flights must commence with a launch meeting the specifications for launch methods outlined in Section 7, except that the minimum altitude of 200 meters must be attained.

The landing shall be voided if the model jettisons or loses parts, comes to rest in an inverted position or touches any person or object while landing. However, contact with a spot-marker which does not noticeably impede the flight or landing of the model is permissible.

A goal and return flight is a thermal duration flight which commences with a launch as specified in Section 7.

SAP: After towline release, the sailplane must be flown over the launch point and then to a pre-designated goal a minimum straight line distance away, as specified in the Soaring Accomplishments Program, Requirements summary, Section 12, and back to the launch point.

eSAP: After motor run, the sailplane must be flown over the launch point and then to a pre-designated goal a minimum straight line distance away, as specified in the Soaring Accomplishments Program, Requirements Summary, Section 12, and back to the launch point.

Competition requirements specified in the Soaring Accomplishments Program, Requirements Summary, section 12, may be fulfilled only in LSF recognized contests which are defined to be those meeting the following specifications:

All contestants must compete at the same location on the same date.

Fifty percent (50%) or more of the contest events must adhere to at least one of the following guidelines:

Two alternative methods of scoring may be used to meet competition requirements. Either the Place System, where a place is recognized to be first (1st), second (2nd), or third (3rd) in the final standing of a contest; or the Competition Points System, where a minimum total of competition points from any six (6) contests may be used. Competition points are computed by first dividing the participant's score by the winner's score and multiplying by 100; then, multiplying the resultant value by one (1) plus the number of lower standing contestants. A minimum of six (6) contests must be flown no matter which scoring method is used.

The establishing of a world record - recognized by the Federation aeronautique Internationale - shall constitute the requirements for a contest win. However, six contests or records or a combination of six contests and records must be recorded on all performance vouchers from Level II through Level V. The 12,000 point requirement must also be fulfilled for Level V.